We often put the largest companies on a pedestal – so much so that these industry heavyweights become familiar household names.

These companies usually dominate their sectors for years, increasing the barriers to entry as they form monopolies. Investors find comfort in investing in these industry darlings as they are large, prominent and familiar to all. Invariably they have also performed very well.

In telecoms, we have MTN and Vodacom. Within banking it is the usual suspects: Nedbank, Absa, FirstRand (FNB) and Standard Bank (and more recently Capitec too). In the construction industry, it is Wilson Bayle Holmes, Murray & Roberts, Basil Read, Group Five, Aveng … or rather it was.

Remarkably, the Big Five of the construction industry have fallen from their high-rise status. The graph below depicts the rise and fall of the Big Five or, perhaps more aptly, the Small Five. From 2007, the Big Five has lost 79% of its value. This represents the complete destruction of shareholder wealth, a total loss of R60 billion in value and the equivalent of a whole Capitec!

Whilst it is no secret that both the resources and construction industries have been termed “dog sectors”, it is encouraging to see that, despite this, there are still a handful of companies that have been able to increase shareholder value during this tough period. Let’s be honest, the boom leading up to 2008 is never coming back.

Things have structurally changed with China shifting from an investment-driven economy to a consumption-led one. Certainly, there are other fast-growing emerging markets; however, they are not nearly large enough to pick up the great fall in demand and growth to compensate for China’s economic slowdown and structural shift.

Certain industries are cyclical and there will be peaks and troughs. This we should accept. However, we need companies to be able to adapt, be flexible, innovative and entrepreneurial during these challenging times.

Given the deplorable fall of the Big Five, one would assume that the construction industry is in dire shape, if not dead (a little dramatic, but so fitting). This is certainly not the case, and just looking out of the window from a Sandton high rise, a number of cranes can be spotted with ongoing activity as head offices keep popping up.

CEO of Afrimat, Andries van Heerden re-iterated this at the group’s results presentation recently, stating that the construction industry is active and the previously large companies are stuck in the past, basing their strategies on an outdated industry profile. Government spend on roads has also never been this great, as can be seen in the graph below.

While the spend is not on stadiums, it is being directed at other vital pockets such as roads, housing and water infrastructure which are currently very buoyant. We need companies to be agile, with management teams that are able to do business in challenging times.

Whilst the Big Five were falling, the likes of Calgro M3 and Afrimat were rising. Nothing stopped the previous darlings from adapting and navigating as times changed, yet they continue to look in the rear view mirror, missing today’s opportunities that lie straight in front of them.

At Cannon Asset Managers, we continue to believe that opportunities are found in places where others do not bother to look. We are looking to invest in tomorrow’s Top 40, rather than today’s falling heroes. 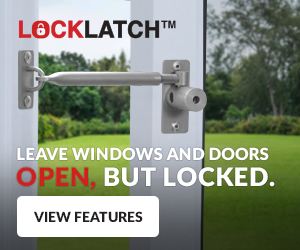